I will be blogging very little, if at all, for about 2 weeks. I will be back posting in March!
Posted by Ms.Marx at 9:41 AM 0 comments

Should You Shave Your Legs? 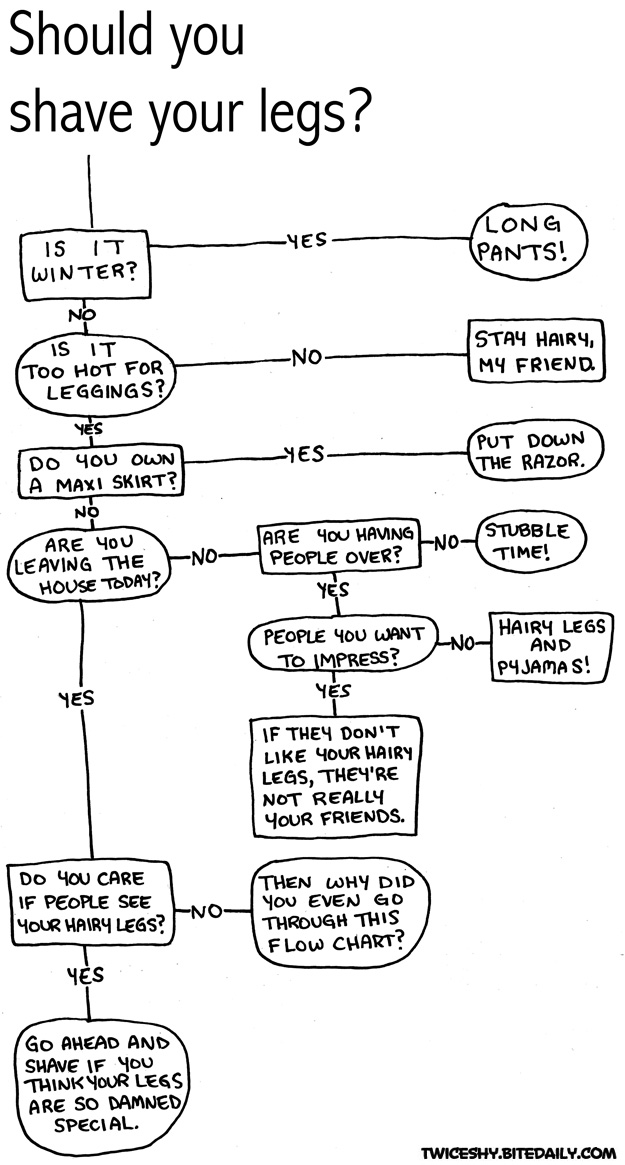 Twice Shy: Should You Shave Your Legs?
Posted by Ms.Marx at 5:11 PM 2 comments

I just got a phone call from the Minister of Finance Dwight Duncan and the local Member of Parliament, Rick Bartelucci, on a virtual town hall meeting. Unfortunately, I had to go put the kids to bed before I had a chance to ask my question, but I will write about it here instead.

They asked 2 polls, and, as a student in a program called "Applied Social Research" I have no choice but to comment on these questions. They were horrible.

What is your biggest concern about the economy?
1. Jobs
2. Taxes
3. Deficit
Press 4 if your situation is worse than it was a year ago

What about those of us who have concerns that are not on this list. A few things come to mind... $2-4 billion in corporate tax cuts, cuts to social programs, the wage freeze for non-unionized employees that attempted to undermine union rights to bargain for a collective agreement.

What about education? That was going to be my question. Do they have any plans to make education more accessible?

I was going to start by saying something along the lines of "As a social researcher, I think that it is important to have a more exclusive and exhaustive list. How do you expect to get accurate information about what we think when you are severely limiting our response options? Is this the type of information on which you base your political platforms?"

Then I wanted to answer their poll by telling them that what matters most to me is education- tuition is going up and course options are dropping... my program has NO electives because they do not have the money to pay for it. Student loans are at unprecedented levels... I will have to pay $600 per month for 10 years when i graduate. Will they freeze (and by freeze, I mean eliminate, but I'm being realistic here) tuition and/or come up with other ways to make education more accessible?

Unfortunately, I didn't get that opportunity. Not that I expected it to make a difference for his platform, but they reported an absurd amount of people on the call, and I wanted to get the message out. Maybe I'll turn this post into a letter to the editor so that it might be read by a few more people than my blog allows.

The second poll question was better written, but I think there was a reason for that.

What do you think was our [provincial Liberals] top accomplishment?
1. Strengthening education (did they do this? I missed that memo)
2. Improving health care by getting doctors for people (what about the tens of thousands in my hometown who don't have doctors?)
3. Getting people working (again, when did this happen)
4. Cutting tax for 90% of Ontario tax payers (at what cost?)
5. Building clean, reliable energy system (some progress here, but still not enough)

They did give us more options, but this question was not to ask our opinion, but to tell us what it is that they did. To make us think that they have really accomplished something over the past few years. To advertise their supposed accomplishments.

The F-word: My 8 year old daughter's thoughts on "Fat"

I have been rather happy with my weight for some time now. I have struggled most of my pre-teen and teen years; not with my weight, but with my body image. I don't post numbers- not weight, dress size, comparison's to others (when not necessary for a point)- because I don't want to trigger other people and because I don't think it is necessary to talk about in most conversations, but suffice to say, no one would be likely to think that I had any reason to lose weight. No one, that is, except for my 8 year old daughter.

This week, she told me that if she were as big as I am, she would go on herbal magic. When I tell this story to people who know me, they seem to find it funny... possibly because I am so small that the comment seems ridiculous, but I don't find it funny at all.

We talked quite a bit about it afterward. I even showed her "photoshop disasters" (I use quotes because I could argue that merely using photoshop is disastrous) in order to explain how images that she sees in the media are not real. The bodies that she sees every day on tv and print ads, the ones that she is supposed to aspire to look like, are heavily edited.

But still, she thinks that all girls need to be as skinny as they can.

Now, normally in my posts I try to use polite language, to let my message get the point across, but not this time. This time, I am really pissed off.

Fuck you teletoon for showing my daughter weight loss commercials that tell her that fat people are miserable until they get skinny.
Fuck you media more generally for showing her so few variations of the female body; for presenting her with a very specific acceptable female body type.
And fuck you patriarchal capitalist social relations for teaching my 8 year old that her worth as a human being is forever linked to the numbers on the scale or the size of her dress.

Hearing her say things things hurts in a way that I can't even begin to describe. It doesn't hurt my feelings that she calls me fat... I'm rather thick skinned. It gives me a sick feeling in the pit of my stomach to think about what this is doing to her, what she is learning, how easily she internalizes these messages about what girls are and what they are supposed to be.

But what can I do about it? Talking to her probably helps, but it doesn't seem to be working. No matter how loudly I tell her that it doesn't matter, there are thousands of voices telling her that it does. They are louder; she doesn't believe me when so much goes against what I say. She is starting to believe that she is not good enough, but then, how can she be? How can anyone be good enough when the images aren't real?

I need some advice about other things I can do to try and get this message across... any good books or videos appropriate for an 8 year old girl?
Posted by Ms.Marx at 7:54 PM 9 comments 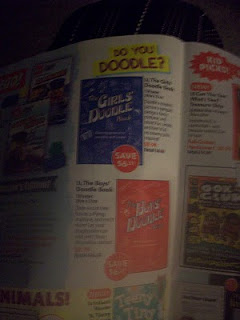 The picture is horrible, but they are two doodle books, one for boys and another for girls.

Draw a cool tree house, a flying machine, and much more! Let your imagination run wild with these illustration starters.

Doodle a dolphin, picture a penguin, design a fancy costume, and more! Fun, simple, and best of all, no drawing skills required!

So, boys can draw, girls doodle (less skill required). Boys get to use their imagination, starting with illustrations and then deciding where to go from there.

The part that annoys me most is that the girls book requires no skill. I am assuming that the skill required for both books is quite similar, but the approach to selling the concept of drawing is quite different by gender.

Maybe boys feel more of a sense of mastery than girls that permits them to be less intimidated by learning something new, like drawing, even if they do not necessarily have previous drawing skills? I'm not sure exactly, but the girls book is definitely deskilled in comparison to the boys book (just like women's work in the home is deskilled in comparison to paid work).
Posted by Ms.Marx at 7:14 PM 4 comments

"Tip Drill" and the patriarchal bargain

This is one of the most nerve-racking posts that I have ever put up here for two reasons... first, it has my singing voice, and second, it shows my face. I am not a singer (I play piano, guitar and clarinet... and I like to sing, but my voice is rather mediocre).

Anyway, Nelly has a song called Tip Drill that was released in 2003. It is one of the most misogynist videos I have ever seen. It is so bad that I refuse to put it on my blog, but I will include a link in case anyone is interested in seeing the original song (here).

This video is my version of the song, which has sociological analysis in the form of pictures and subtitles. Enjoy!