Why the "friend zone" isn't funny

I love to read memes and visit a lot of sites that have a variety of memes.  However, I am getting sick and tired of all of these comments about the "friend zone."

I'm sure you have heard of this concept - it is when women overlook a perfectly acceptable dating partner and think of them only as a friend, even though this guy wants to be more than friends and has been extra nice to this particular woman to try and win her over.

It is also women's way of exerting power over the male species and to continue having them do our bidding (insert evil laughter)....

Here are a couple of supposedly hilarious examples; 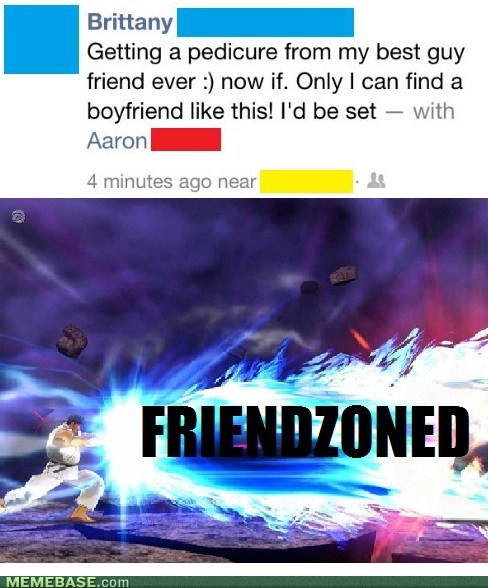 It even suggests that women use this power intentionally to abuse and manipulate men or just treat them like shit;

But this is incredibly sexist.  It suggests that women owe sex to men who are nice to us.  It is also insulting to men, suggesting that the only reason a straight cisgendered male would be friends with a woman is to get her to sleep with him. 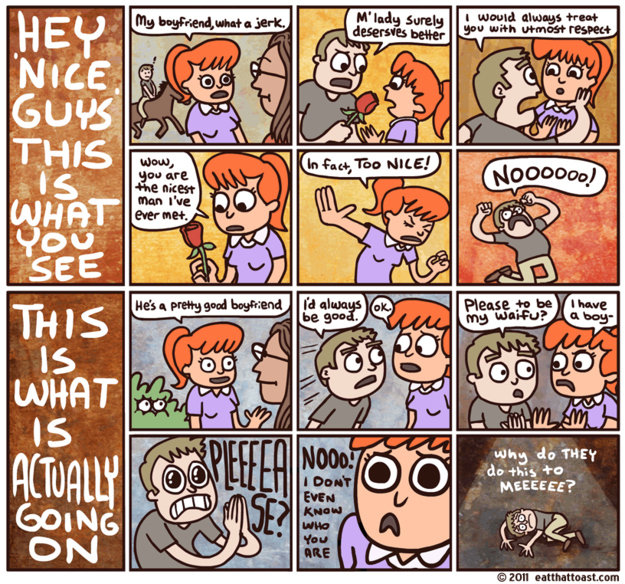 This "friend zone" ignores what women actually want in a relationship.  It makes women seem like spoiled brats who drag men around to do their bidding.  It makes men seem like victims because a woman they were nice to does not want to sleep with them, which implies that men are entitled to sex from any woman they would like to have sex with.  It makes it harder for women to say no without being thought of as selfish or manipulative, especially if the guy has been nice to her.  It implies that it is a bad thing to be friends with a woman (if you are a hetero cis man), which I can only assume is because men are so much more interesting than women and the only thing women are good for is sleeping with.

This friend zone can be dangerous.  It reinforces many of the same ways of thinking that supports date rape as an excusable behavior. In the next comic (from a page that explicitly refers to the rape zone), you can see the myth that women will intentionally seek to gain financially from male friends, and that men should be paid back in sexual favors for spending money on a woman. 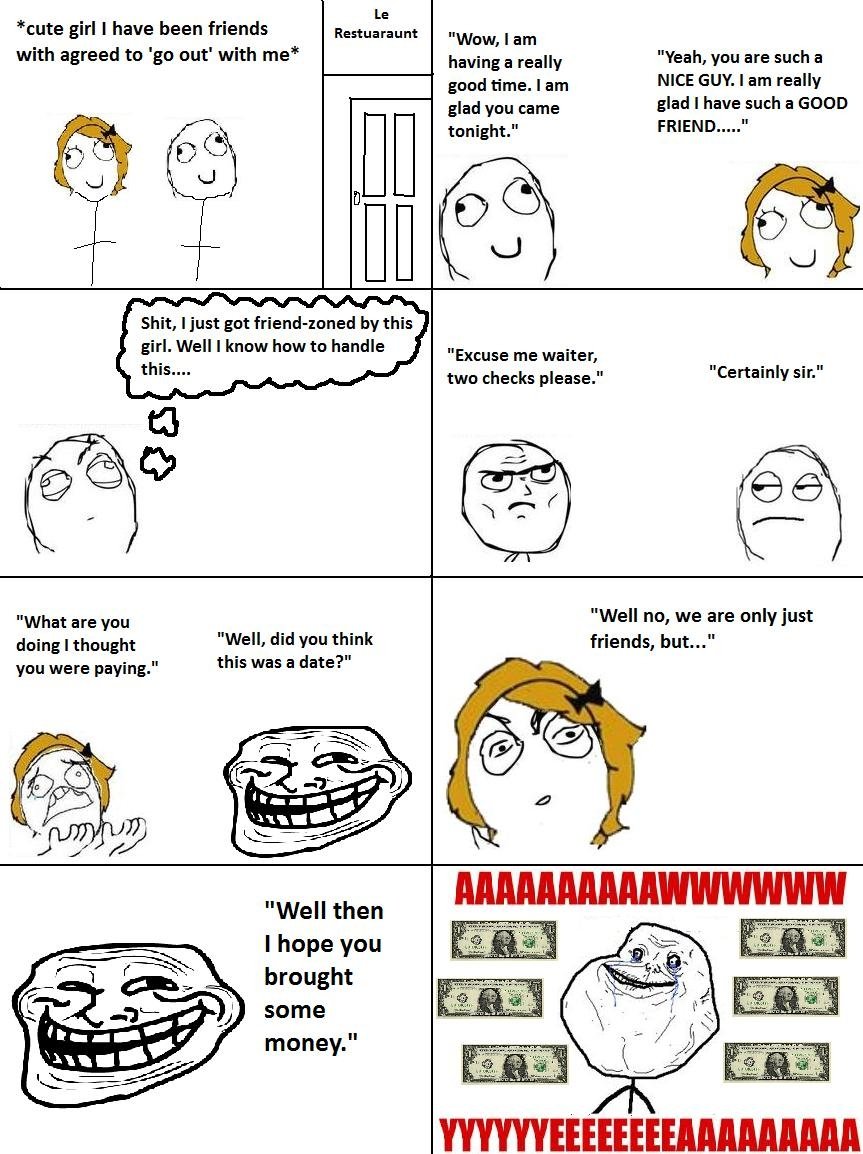 I have seen several images linking this friend zone to sexual assault - I debated whether or not to include these images, but I really don't want to give them any more hits than they already have, but there are a group of memes about putting women in the rape zone if you have been friendzoned and a series of posts entitled the fuck a friendzone movement.  These might be meant as jokes, not actually encouraging men to assault women, but with the prevalence of rape myths and sexual assault, there is nothing funny about them.

So please stop sharing "friend zone" images unless it is to explicitly point out how sexist they really are.